12 of the Most Valuable Baseball Cards in History

Baseball is one of the most iconic sports in American history. Organized baseball leagues have turned athletes into celebrities of sorts. These players have been immortalized in baseball cards ever since the early 1900s. Whether they’re pitching too strong even for a Stalker baseball radar gun to detect or they’re able to hit homers at will, these athletes certainly have etched their names into history with these baseball cards.

12 of History’s Most Valuable Baseball Cards

Considered by many to be the “Holy Grail” of baseball cards, this particular card’s value is based on the backstory of Wagner making the cigarette company pull the cards off the market. Only 25 to 200 of this card was released.

A previous similar card with a Professional Sports Authenticator (PSA) grade of 8.5 sold for $1.13 million in a 2016 auction. Like any other collectible, an item’s condition is the basis for its grade. The one here has a PSA grade of 9 which fetched far more pennies than the other one.

While the Topps Mantle is the crown jewel of the modern age of sports cards, the Bowman Mantle is his rookie card. Superstars rookie cards are valuable in collectors’ circles.

Speaking of rookie cards, no other rookie card is as monumental as the Sporting News Babe Ruth card. A card with a PSA 7 fetched almost three-quarters of a million.

Anything with The Hit King is bound to be of collectors and enthusiasts’ interests. The six-digit price tag attached to this is all courtesy of its PSA 10-grade making it in gem mint condition.

Just like the T206 Wagner, a T206 Plank’s value is determined by its scarcity. Only 75 of these are known to exist.

Despite Joe Jackson’s reputation and association with the Black Sox Scandal, his American Caramel rookie card still enjoys a high rank among the world’s most expensive baseball cards.

Not all valuable collectibles are perfect. Case in point, this T206 Magee card that had a crucial typo. Magee’s name was erroneously spelled as “Magie.” The corrected version had a higher print run and this card became the most celebrated and valued error card in baseball history.

Ryan, who holds the world record for strikeouts, also holds one of the top spots in baseball card history with this PSA 10 rookie card. 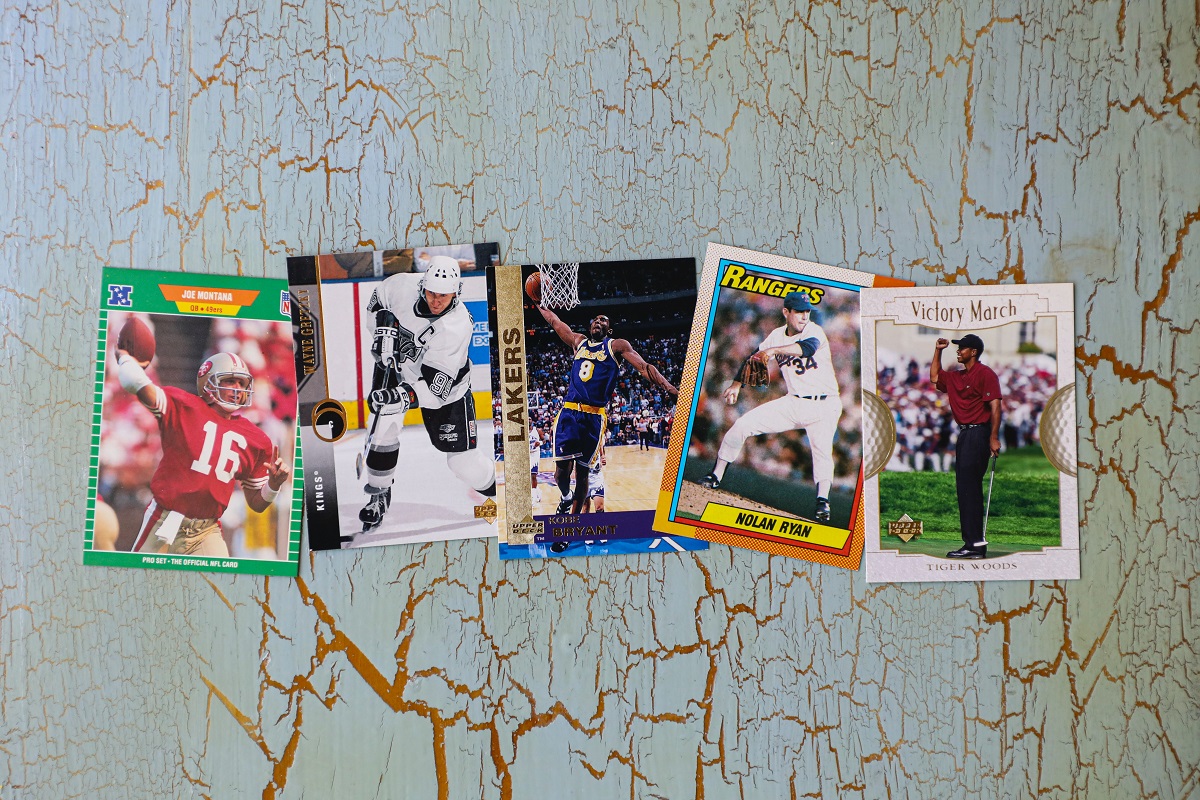 A century after the Black Sox Scandal, folks still can’t seem to get enough of Shoeless Joe Jackson. This PSA 3.5 card is proof of that.

Collectors speculate that only 10 of these pre-rookie Ruth cards are known to still exist, one of which was sold a little over eight years ago at more than half a million dollars.

Four Ty Cobb card variants were released in the T206 series and only three have a PSA grade of 9. While not exactly gem mint condition, it is still “minty” enough to rake in almost a half-million bucks.

These cards might just be small pieces of cardboard but their rarity and historical value are what drives the prices up in the market. Who knows, perhaps you or your folks might have some really valuable cards at home. The hunt is on!