Sports broadcasting has seen significant technological advancements in recent years. The very first sporting event that was broadcast was in 1939. It was not until the 1960s when TV stations began broadcasting other sporting events, and we’ve come a long way since then.

These advancements have allowed viewers to experience live sporting events in previously unimaginable ways. It allowed fans to see their favorite athletes and teams in a whole new light and made sports broadcasts more immersive and exciting.

Let’s look at some of the most significant technological advancements in sports broadcasting.

The advent of digital video recording and playback technology made instant replay even more powerful. Now, broadcasters can easily store and recall video footage from past games and events. This allowed them to create highlight reels and other exciting content that would keep viewers engaged.

Seeing moments that you may have missed has become one of the most exciting aspects of watching sports on television. It’s also led to some of the most iconic moments in sports history being replayed repeatedly. Now, you can watch these moments anytime you want, thanks to the power of instant replay.

Another significant advancement came in the form of cable television. This gave viewers access to more channels and, therefore, more sports broadcasts. Cable television paved the way for the modern-day sports broadcasting landscape, where there are multiple channels dedicated to different sports. It was a major game-changer when it first arrived on the scene.

It also allowed for the introduction of pay-per-view, which allowed viewers to watch live sporting events that they otherwise may not have been able to see. This was a significant revenue stream for broadcasters and helped to make sports broadcasting even more popular.

There have been numerous technological advances in sports broadcasting since the early days. These tools allowed the viewers to understand and follow the game better.

Examples of these technical tools include: 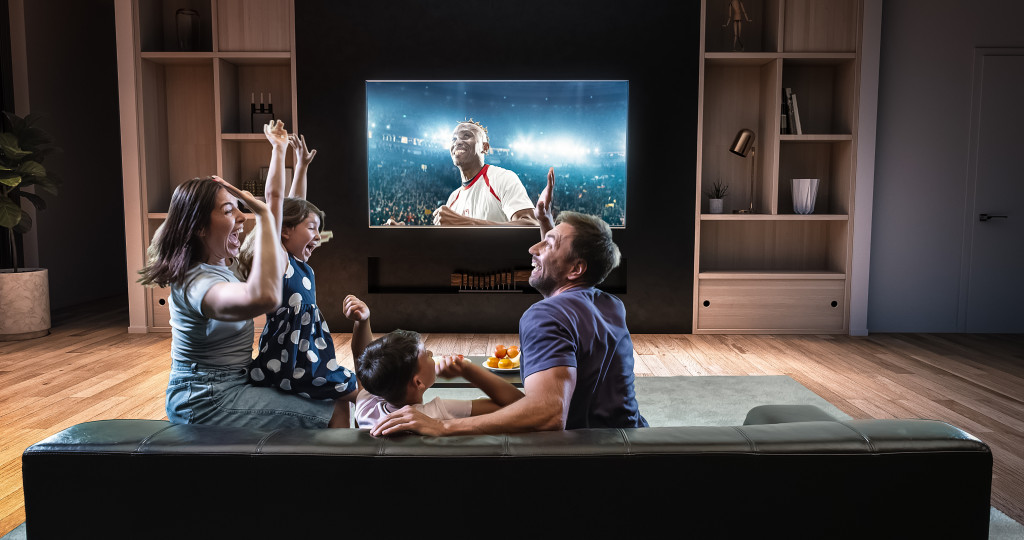 The advancement of graphics has also played a significant role in sports broadcasting. In the early days, broadcasts often included simple line graphs to show statistics.

However, today’s broadcasts can now use much more advanced graphics that can provide a wealth of information to viewers. Sports broadcasts can use these graphics to show player statistics, team standings, etc.

Not only do you get to watch the game, but you also get to see all the essential information that can help you understand what’s going on.

Another major advancement came in the form of High-definition television. This technology has revolutionized the way we watch TV. Gone are the days of grainy, fuzzy images on our screens. Now, we can see every detail of the action as it unfolds, whether we’re watching at home or in the stadium.

The development of HDTVs has spanned decades, with the first HDTV broadcasts in Japan in the 1960s. The United States followed suit in the late 1990s. Today, HDTV is the standard for all major sporting events.

HDTV quickly became the new standard for television. HDTV allows for a much sharper and clearer image, making for a more immersive experience. This has made sports enthusiasts even more engaged with the broadcasts.

What would it be like to see a live sporting event in 3D? We may not have to wait too long to find out.

One of the newest advancements in sports broadcasting is 3D technology. This allows viewers to watch sporting events in three dimensions. While this technology is still in its early stages, it has the potential to revolutionize the way we watch sports.

This technology allows you to see the game from any angle, giving you a better understanding of the action. This technology is still in development, but it has the potential to change the way we watch sports broadcasts forever.